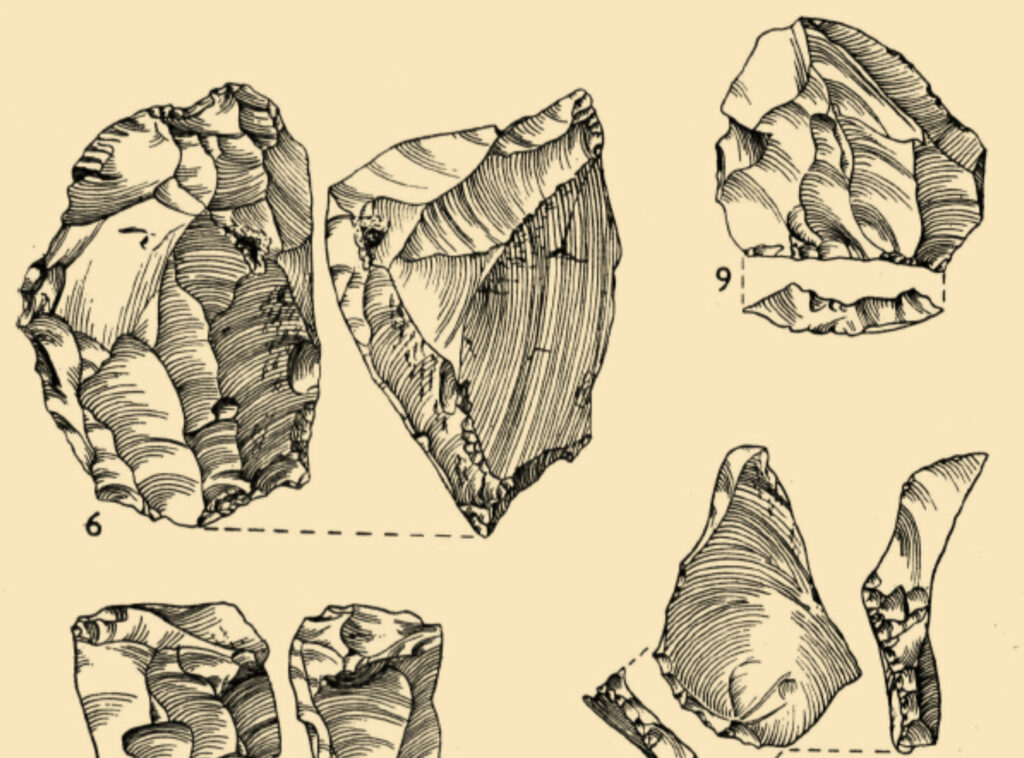 Dr Samantha Brummage is a Prehistoric Archaeologist specialising in the Mesolithic and Neolithic of Britain and Ireland. Her focused on artefactual signatures in the Colne Valley, South East England. Samantha is a wild food forager and a map geek and is often found huddled over an Ordnance Survey looking for places to go Mesolithic! Find her at:

The inspiration for my doctoral thesis came from a personal sense of concealed local histories and an interest in the ways archaeology is narrated and made visible or accessible.

How does a landscape of Prehistoric artefacts reflect the experience of place, heritage, and changing meanings for people who left traces thousands of years ago, and for people now?

Uxbridge in the 1980s was a place and time where not much happened – according to my 16-year-old self. I would spend my weekends hanging around the town centre, with no idea that around the corner one of the most important Mesolithic sites in SE England was being excavated. It was to my surprise, many years later, to find a collection of artefacts from Three Ways Wharf, Uxbridge, on display at the Museum of London. I couldn’t understand how this had escaped my attention. I had visited what I thought were all the important Prehistoric, or rather, Neolithic, sites in Britain and Ireland; Stonehenge, Newgrange, Skara Brae etc., and yet here on my doorstep was a place of monumental significance. Three Ways Wharf, however, does not generally feature on the radar of local communities; there were, and are, no school field trips to it. Local heritage trails don’t reference it, and Google Maps had it randomly situated in the middle of a roundabout. Because it is a Mesolithic site and it is buried in a suburban business plot, it does not generally figure in public perceptions of Prehistory.

The ‘Pre’ histories presented in my thesis were taken from local Historic Environment Records (HERs). While these records are predominantly a product of commercial gravel extraction and developer-led archaeology, they also include random finds from gardens, allotments, fields and unploughed moorland, collections of artefacts from groups and societies, antiquarians, collectors, and archaeologists. Consequently, the material needed bringing together somehow, and although mapping these sites and spot finds using ArcMap GIS software was great for analysis of my data, and worked for presentations to students and academics, for wider audiences these visuals were not as accessible or evocative as I would have liked them to be.

I came across the Layers of London project first through the Thames Discovery Programme, and later through a GIS methodology workshop at Birkbeck College, University of London. Being London-based I was interested in the project itself, but also in the software, which could be used to make my research more accessible. I wanted to show artefact locations through photographs, illustrations, and documents on a map, and to find ways to connect odd finds (in allotments, for example), to what was going on at larger sites such as Three Ways Wharf. I was extremely excited when a year or so after this workshop I received an email asking for volunteers to trial Humap, a similar interactive mapping platform from the developers of Layers of London, which was being modelled with academic researchers and academic research maps in mind. I met with Miriam and Martin from Humap, and after an introduction to the world of tray views, record creation, and collections creation, I was given free rein to create my very own Humap!

I found the admin back pages fairly easy to navigate, and with some guidance and the addition of map overlays, I was soon very excited to get an email from Martin to let me know that I could now create my own Mesolithic heritage trails in Uxbridge. Humap worked perfectly with my research and performs as a medium between academic and developer-led archaeology, and public access to lesser-known Prehistories. It also gave me a more immediate and human dimension of visual analysis, particularly in terms of how people might have moved between places. I’ve now submitted my thesis and finally have time to try out some of these ancient routeways!

Interested in learning more about Humap for archaeology? Check out our map drawing tool Placemaker and our archaeology use case!